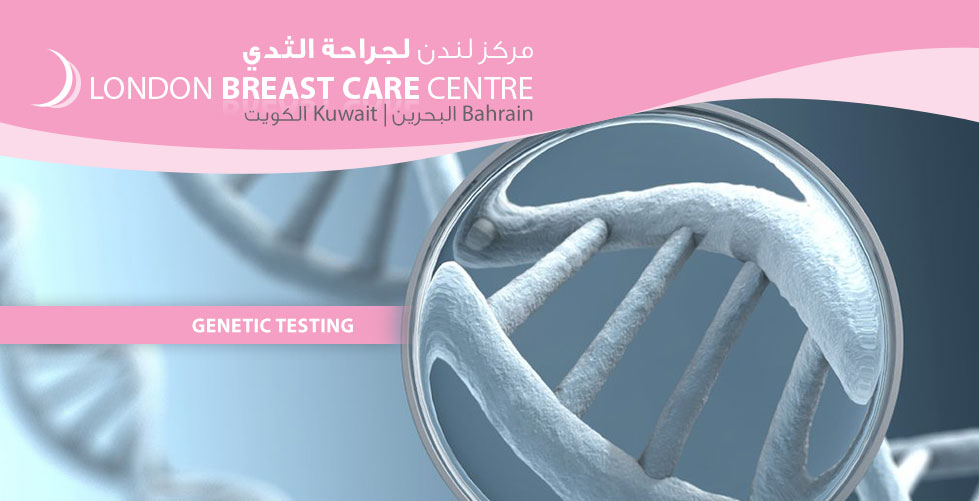 Provides a one stop Breast Care Service. The First in GCC

Genetic testing looks for specific inherited changes (mutations) in a person’s chromosomes, genes, or proteins. Genetic mutations can have harmful, beneficial, neutral (no effect), or uncertain effects on health. Mutations that are harmful may increase a person’s chance, or risk, of developing a disease such as cancer. Overall, inherited mutations are thought to play a role in about 5 to 10 percent of all cancers.

Cancer can sometimes appear to “run in families” even if it is not caused by an inherited mutation. For example, a shared environment or lifestyle, such as tobacco use, can cause similar cancers to develop among family members. However, certain patterns—such as the types of cancer that develop, other non-cancer conditions that are seen, and the ages at which cancer typically develops—may suggest the presence of a hereditary cancer syndrome.

The genetic mutations that cause many of the known hereditary cancer syndromes have been identified, and genetic testing can confirm whether a condition is, indeed, the result of an inherited syndrome. Genetic testing is also done to determine whether family members without obvious illness have inherited the same mutation as a family member who is known to carry a cancer-associated mutation.

Currently the BRCA1 and Brca2 genes are found to be causative of breast and ovarian cancers if found to be defective. This mutation can increase your risk for breast cancer by 80 % and ovarian cancer by 60 % The very famous American actress Angelina Jolie has tested for those genes due to her strong family history and many women who have strong family history of cancer are following her footsteps and coming forward to Breast centers to be tested.

The Blood or Saliva test can be collected at London breast care centre in Bahrain. It is sent to BRCATEST in the United Kingdom for processing and results are sent back within 14 working days.

If you have a family history of Cancer and would like to know more about your Genetics please contact
us on 17404755 to schedule for a genetic test.